As IBM president 1914 to 1956, Thomas J. Watson, Sr. enjoyed using the
phrase „THINK!“ to motivate and inspire his employees. This simple word has become deeply embedded in IBM’s corporate culture ever since.

Decades later in 1991, the phrase became a product, as the
ThinkPad,
IBM’s new pen-based tablet running the PenPoint Operating System.

All three models were released at about the same time, ranging from the cost-effective model 300 to the top-of-the-line model 700C (the C is for „color“).
Each was housed in an appealing, black, squared-off clamshell case which was like nothing else on the market at the time.

Designed and manufactured
for IBM by Zenith Data Systems (ZDS) under an existing contract, the model 300 was somewhat larger and slower than the more full-featured 700
and 700C models. It sold relatively poorly, and the price dropped quickly throughout 1993. At introduction, it was priced at $2,375,
but by February of 1993 it was dropped to $1,999, and then again to just $1,699 by May.

The model 300 lacks it, but the 700 and 700C utilize the TrackPoint controller, a tiny joystick built into the keyboard
in place of a touchpad or a trackball. The user can now reposition the on-screen pointer without moving their hands
from the keyboard.

While the 300 and 700 have modest 9.5-inch passive LCD screens, the model 700C has a beautiful 10.5-inch active-matrix color LCD –
the largest screen available on any notebook computer at the time. The model 300 battery life is an impressive 5:00 hours, while the more
power-hungry 700 and 700C last around 4:15 and 3:30 hours under normal use, utilizing the built-in power-management features.

Although bought out by Chinese company Lenovo
in 2005, the ThinkPad line of notebooks remains extremely popular with
over 200 different models and
over 60 million notebook computers sold over the decades. 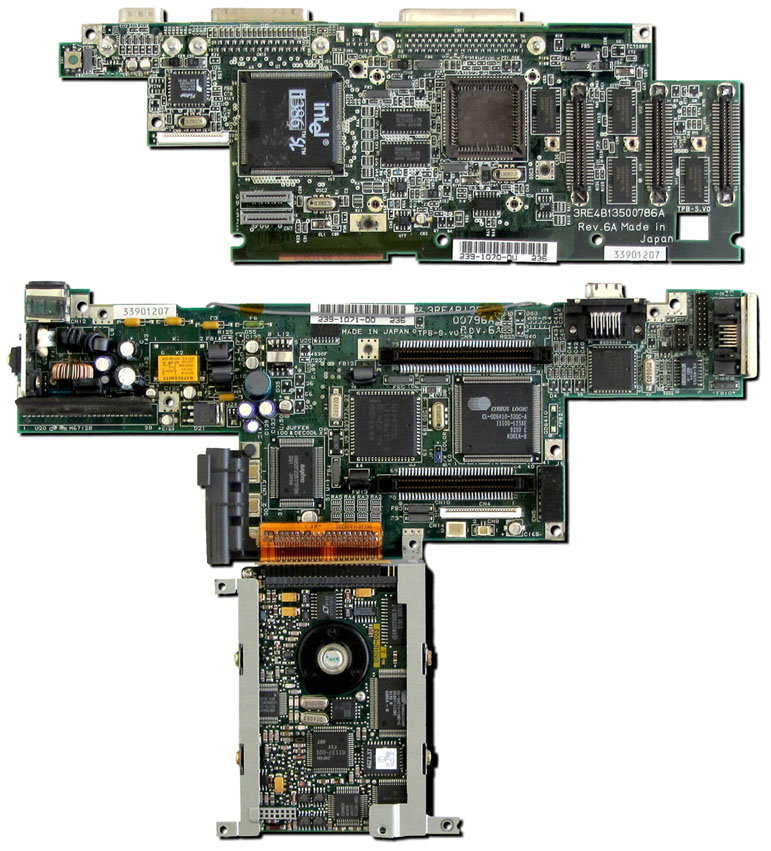 Return to the Obsolete Technology Homepage