Now in its sixth generation, the X1 Carbon retains everything that’s made the line an ideal productivity machine over the past few years. It starts out at just 2.5 pounds and measures 16 millimeters thick. It’s noticeably lighter than the 2.7-pound XPS 13, so much so that it’s hard to tell that it’s actually a bit thicker. The X1 Carbon’s sturdy carbon-fiber case returns, as does the soft-touch coating, which makes it feel surprisingly luxurious, especially on your wrists.

Aside from some branding tweaks, nothing has changed design-wise. You’ll be able to tell it’s a Thinkpad from across the room. For some users, though, that’s more a feature than a compromise. There’s something comforting about the clean lines of the traditional ThinkPad. Lenovo has modernized the Carbon line over the years, of course — the bezels around the screen got thinner, for example — but not so much as to hide its heritage. 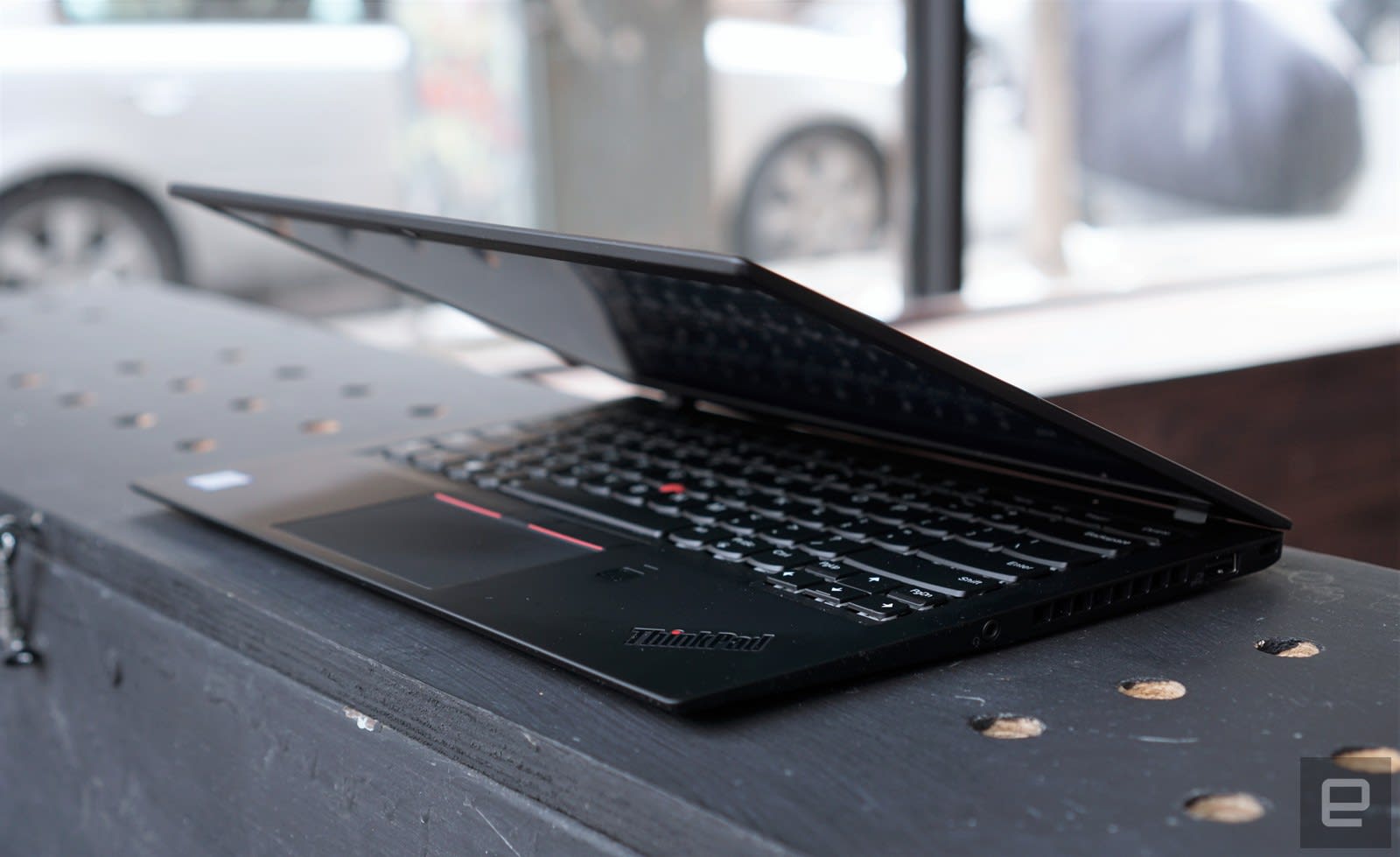 Lenovo also brought back the touchscreen option in the Carbon’s 14-inch display, which was missing in the last generation. It’s a nice thing to have, especially when browsing around the web, but the laptop’s matte finish makes the touch experience a bit rough as compared with mobile glass screens. Our review unit came with a standard 1080p display, but you can also upgrade to a higher-resolution 1440p model that packs in Dolby Vision HDR.

Despite the lower resolution, the screen looks great when browsing the web and watching movies. But if you plan to watch a lot of movies, or you just want the latest tech, it’s worth springing for the HDR option, which will deliver deeper blacks and brighter highlights. The slight jump beyond 1080p will also make text and photos a bit sharper.

If you’re privacy conscious, you’ll definitely appreciate the physical shutter that can be used to block the webcam. It’s a better option than tape, but it would’ve been nice if it were easier to switch on and off. It requires a decent amount of force to be moved, and you might lose a bit of fingernail in the process.

While the ThinkPad Carbon X1 isn’t a huge evolution over last year’s model, Lenovo packed in enough upgrades to keep the line in step with modern ultraportables. Unfortunately, you’ll have to go beyond the entry-level model to see the best new features, like the HDR display. Perhaps next year we’ll see a major design leap for the Carbon line — but, knowing the rabid ThinkPad fans out there, Lenovo will have to tread carefully. Bold new ideas are what the X1 Yoga and Tablet models are for. The Carbon, meanwhile, remains the most refined business laptop around.