ThinkPads that changed the world

The way we compute. The way we do business. The way we live our lives. Every time business has gone somewhere new, discovered something different, or done something revolutionary, chances are, ThinkPad was there. ThinkPad and its users have been changing the world.

Love it. Admire it. Beat the hell out of it.

We test Think systems against 12 military-grade requirements and more than 200 quality checks to ensure they function in extreme conditions. From the arctic wilderness to desert dust storms, from zero-gravity to spills and drops, you can trust ThinkPad and ThinkCentre to handle whatever life throws your way. It’s not a laptop. It’s a ThinkPad Watch the video >

The journey’s as important as the destination

We strive to better serve our customers. We focus on process improvement, so you can focus on achieving results. That legendary little red dot, for example, saves your hand from reaching for a mouse and moving nearly the distance of an Olympic swimming pool over the course of a day. 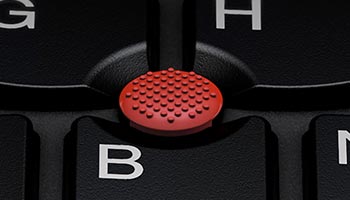 The world’s #1 business laptop of all time*

Loyal customers have pushed the number of ThinkPad laptops sold to more than 100‑million, while ThinkCentre desktops support professionals across all industries.